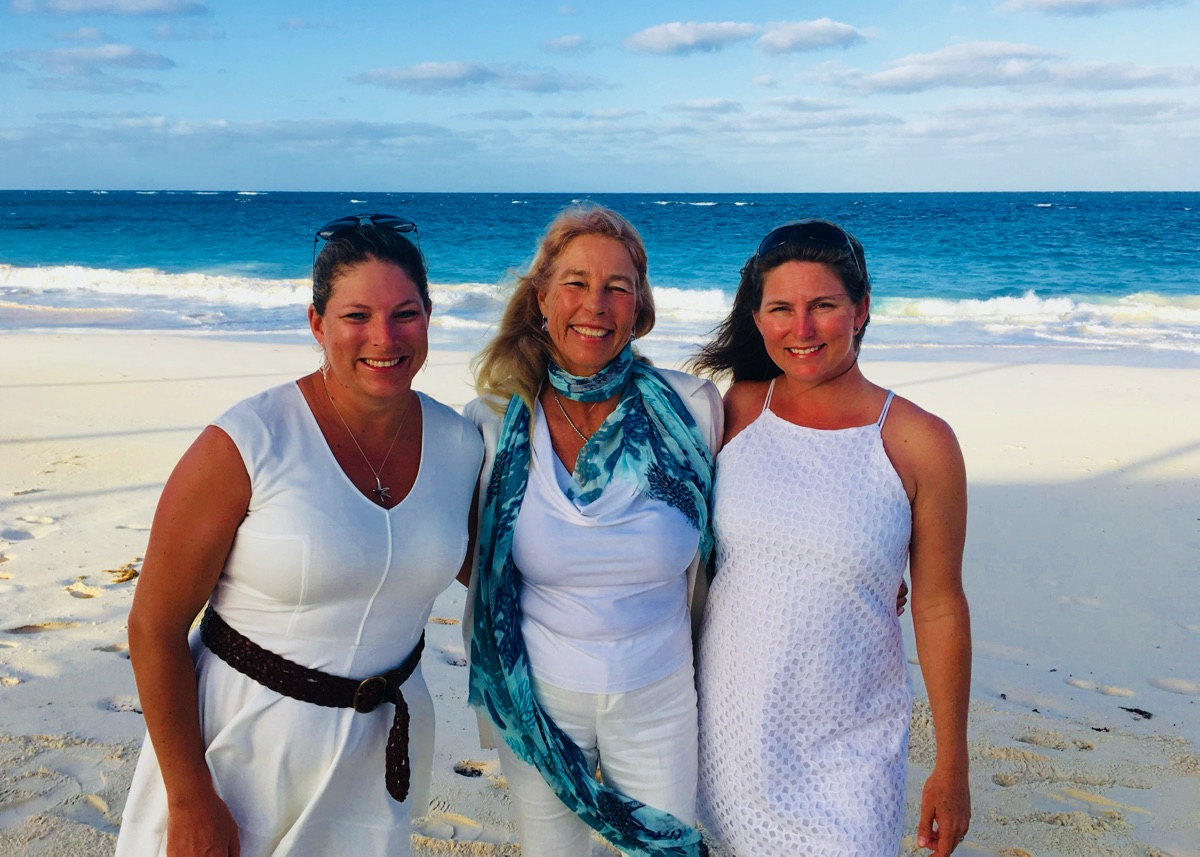 The McKinney family has lived in The Bahamas for generations. At 17 Doon was teaching school in a remote village in Botswana. She fell in love with the idea of living in a Round House. When she returned to The Bahamas she decided to move from Nassau to the remote and untouched island of Eleuthera and build her own round house. Everyone was a bit skeptical of this young woman clearing the land by herself and building a house with no electricity, running water, car or a telephone.

Camping out every night on the site helped her develop an intense connection with the land and gave her the opportunity to build a house that was perfect for the location. She decided to build 11-foot arches on all five sides of the house to allow the ocean breeze to sweep into the house. She nestled the house among coconut trees and Casuarina trees where you can hear the sound of the wind in the trees and the waves on the beach. She surrounded the house with a garden full of beautiful hibiscus, oleander, seagrape, coconuts and, other native flowers and trees.

It was a challenge for a woman with limited carpentry skills to clear the land and almost single-handedly build a house- having never built so much as a box. Doon persevered and used creativity to overcome many of the obstacles she encountered. While still working on the building of the house Doon married and had 2 daughters (Casuarina and Taja)- the youngest was born right in the Round House before the midwife even found her way out to the house.